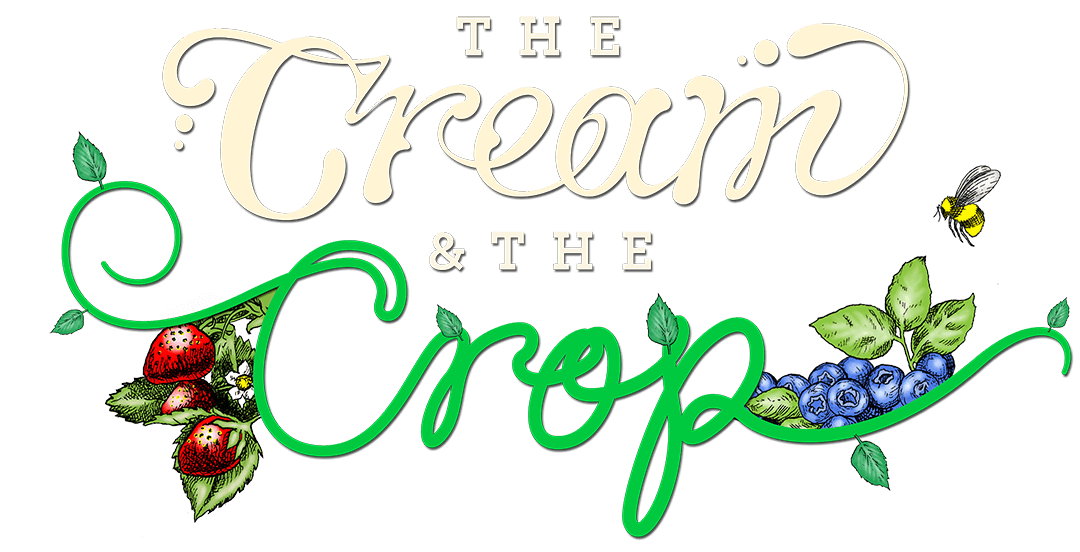 The Golden Cow & The Golden Tree - this story won Gold & Best In Category. When you think, The Cream of the Country... think Kōwhai Creamery.

As the sun rises above the native peaks of the great Kaimai range, its golden rays light up the lush green pastures of Matamata-Piako basin plains. This light shines across the golden backs of the beautiful Jersey herd grazing on the Vosper family farm, a breed we refer to as ‘The Golden Cow’ and the milk known as Jersey Girl Organics.

Gazing above through the rays we see our national flower of New Zealand Aotearoa - the Kōwhai, also known by the Māori as ‘The Golden Tree’. When the blossoms appear rich in nectar, you will soon enough hear the call of the native Tūī. The Māori say the Tūī birds act as messengers to the gods in the heavens… and we think they heard us, blessed with goodness, we coined what we believe is ‘The Cream of the Country’, home and heart of Kōwhai Creamery.

It’s a shame when good things go to waste and you don’t reap the good of what you sow, this was how the Kōwhai Creamery seed was planted. Our venture was born in response to being sick and tired of seeing a top quality product, ethically and sustainably produced to a high standard, leave the gate, get mixed with the ordinary, then leave the country in an unrecognisable form.

Living in a region that’s historically rich for its dairy excellence and local production, once recognised globally for cheese and butter, we thought - why not bring this back? Imagine going to Champagne and not being able to get a bottle of Champagne? Ridiculous right? So the idea was conceived to deliver the best dairy product, from the best dairy region, from the best farm direct to the people. With four generations and almost 100 years of Jersey farming, they say good things take time, well the time had come and it was this generation that this goodness would be crafted into the form of boutique, artisan, batch made, hand crafted Gelato.

Gelato is not as common as ice cream around this neck of the woods, but we are proud to be different, or what we say - unique. What is Gelato? Gelato is just simply the Italian word for ice cream, however there are slight differences. Gelato has less sugar and less fat, good for love muffin reduction or those summer goals, but most importantly, allows flavour to shine like golden rays. It has less air, sometimes more than half the air as ice cream… air is free, no one wants to pay for air right?! So we don’t charge you for air, we charge you for a more rich dense, silky texture and velvet creaminess, we also don’t add cream like ice cream, you know that fatty aftertaste of ice cream? Jersey’s milk is naturally high in fat, so we keep it simple, we don’t strip anything out, we pour it all in. Now you can see we tick all the boxes and keep ticking beyond the square.

We walk within the Waikato, also known as the ’Golden Triangle’ - uncanny isn’t it, many things gold happen in this bountiful region of New Zealand. It is here they say has the most, or one of the most fertile lands in the world, and with Jersey Girl Organics milk from next door, that we know is special, special things should be preserved, so more special things can be produced.

There is milk and then this is real whole milk, and this real whole milk flows from the region, it’s the key ingredient and base to everything that encompasses that Kōwhai Creaminess. We believe our medals are made in the meadow. It is the soil where it all begins so we think our gelato is made from the ground up. It’s simple - nutrient dense soil balance grows better vegetation. So at the end of the day, happy cows means better milk, and better milk just means better gelato.

That original seed that was planted from an idea, which sprouted that very first batch churned, has now grown as we share the goodness from our little piece of the planet to the locals and visitors alike. From growth, here it has blossomed, and this journey has allowed us to acquire many fruits for our labour, now with 20 accolades at the New Zealand Ice Cream Awards including the Crème de la Crème of two categories. The connoisseurs think gold and silver, but it’s what you think is what gets us up and churning in the morning. When it comes to flavour we keep it simple, churned with love it can only be described as “I’ve never tasted anything like this”, why? Because simple was simply lost. Simple is our past and we are bringing it back.

RICH IN FLAVOUR AND HISTORY 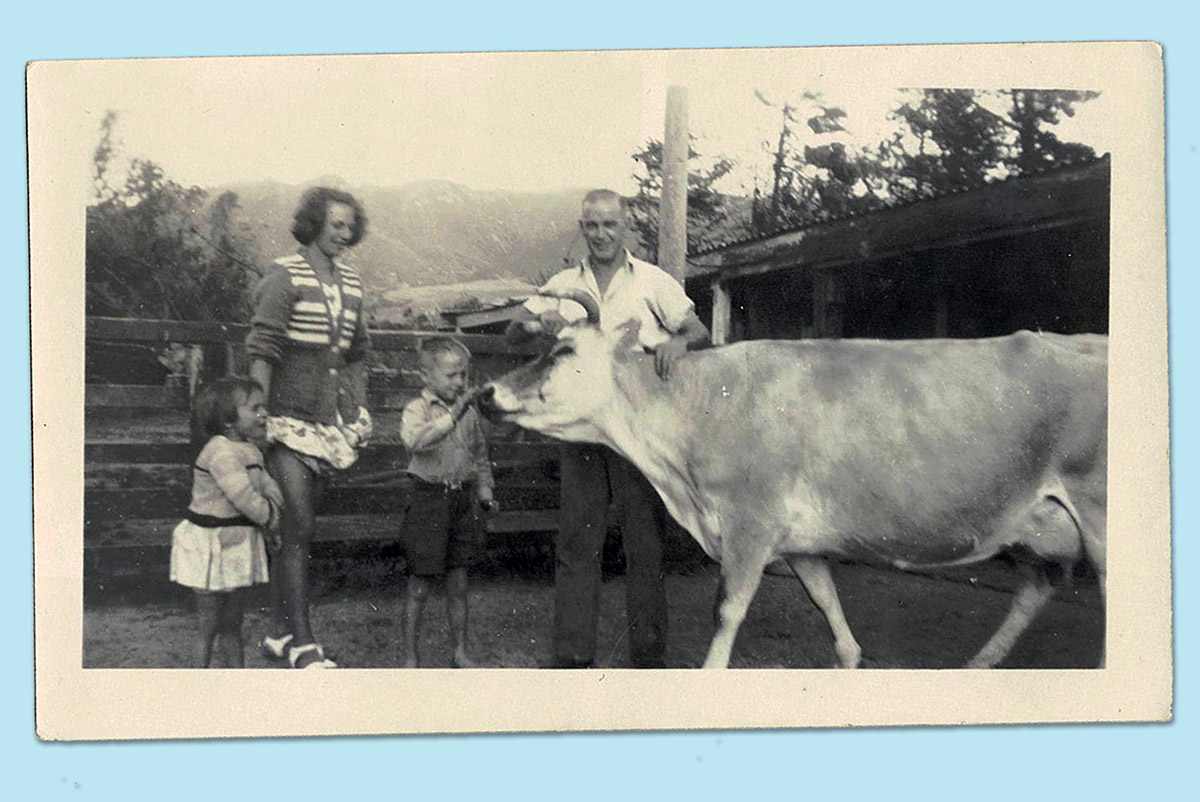 Pictured circa 1951: Nana Kath Barton with two of her three children Irene and Norman. Uncle Len Barton who has the farm next door, pats one of Patrick and Kath's beloved Jerseys in their 13 bay walk through shed. You can see the Kaimai above in the background. 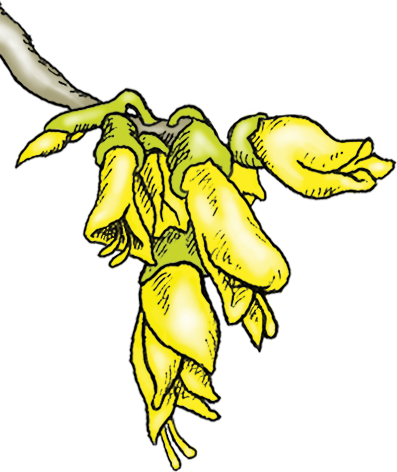 "IMAGINE GOING TO CHAMPAGNE,  AND NOT BEING ABLE TO BUY CHAMPAGNE?
A REGION KNOWN HISTORICALLY FOR IT’S jersey breed, DAIRY EXCELLENCE AND LOCAL PRODUCTION... WE ARE BRINGING THAT BACK." 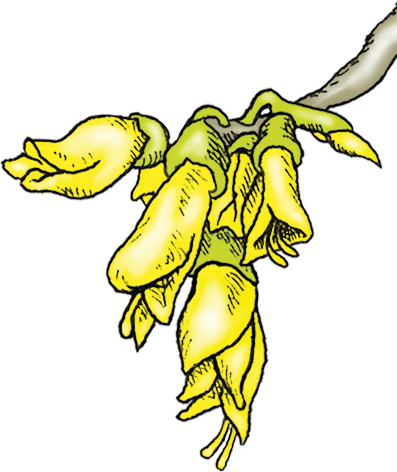 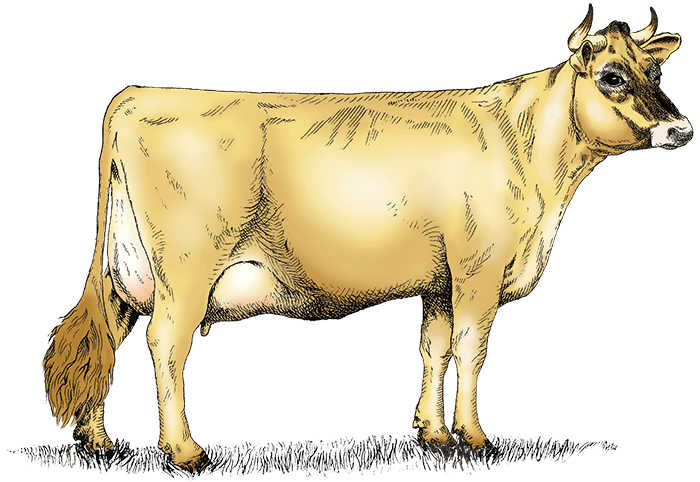 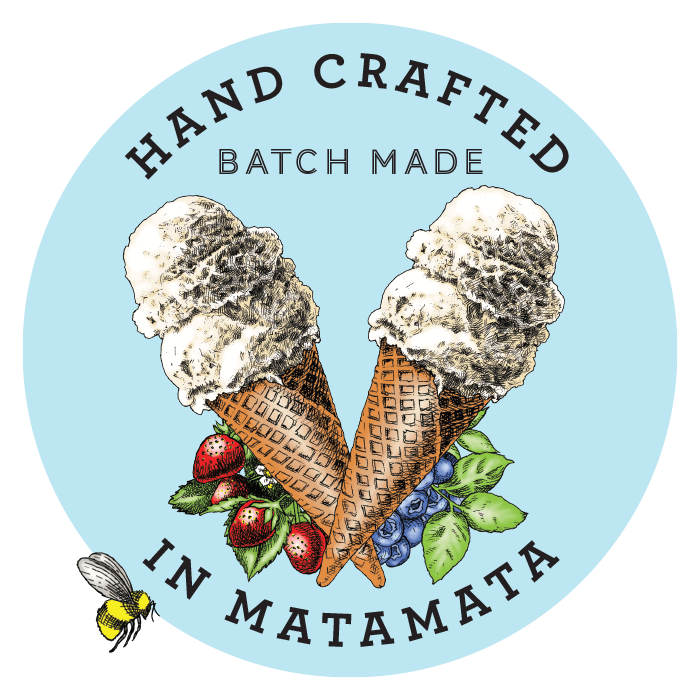